EIA: U.S. Household Gasoline Expenditures in 2015 on Track to Be the Lowest in 11 Years 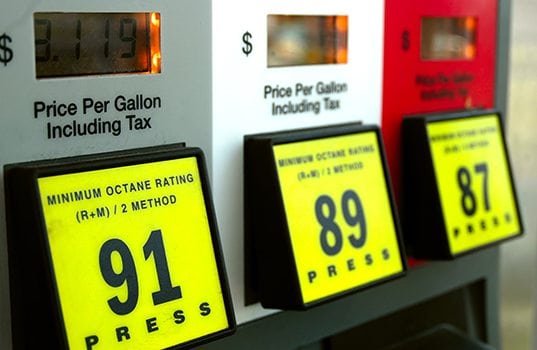 The average U.S. household is expected to spend about $550 less on gasoline in 2015 compared with 2014, as annual motor fuel expenditures are on track to fall to their lowest level in 11 years. Lower fuel expenditures are attributable to a combination of falling retail gasoline prices and more fuel-efficient cars and trucks that reduce the number of gallons used to travel a given distance.
Household gasoline costs are forecast to average $1,962 next year, assuming that EIA’s price forecast, which is highly uncertain, is realized. Should the forecast be realized, motor fuel expenditures (gasoline and motor oil) in 2015 would be below $2,000 for the first time since 2009, according to EIA’s December 2014 Short-Term Energy Outlook (STEO).

The price for U.S. regular gasoline has fallen 11 weeks in a row to $2.55 per gallon as of December 15, down $1.16 per gallon from its 2014 peak in late April and the lowest price since October 2009. Gasoline prices are forecast to go even lower in 2015. Gasoline prices are falling because of lower crude oil prices, which account for about two-thirds of the price U.S. drivers pay for a gallon of gasoline.

EIA’s latest STEO forecasts that Brent crude oil prices will average $68 per barrel (bbl) in 2015, with prices up to $5/bbl below that annual average early in the year. The forecast for West Texas Intermediate (WTI) crude oil spot prices averages $63/bbl in 2015. However, the current values of futures and options contracts show high uncertainty regarding the price outlook. For example, WTI futures contracts for March 2015 delivery traded during the five-day period ending December 4 averaged $67/bbl. Implied volatility averaged 32%, establishing the lower and upper limits of the 95% confidence interval for the market’s expectations of WTI prices at the expiration of the March 2015 contract at $51/bbl and $89/bbl, respectively. Last year at this time, WTI futures contracts for March 2014 delivery averaged $96/bbl and implied volatility averaged 19%, with only a $30/bbl spread between the corresponding lower and upper limits of the 95% confidence interval.

Increases in fuel economy are also contributing to lower motor fuel expenditures, as cars and trucks travel farther on a gallon of gasoline. According to the Environmental Protection Agency, the production-weighted fuel economy of cars has increased from 23.1 miles per gallon (mpg) for model-year (MY) 2005 cars to almost 28 mpg for MY2014, an increase of about 21%. Similarly, the fuel economy for trucks has increased 19%, from 16.9 mpg to 20.1 mpg in the same time frame.

In recent years, gasoline expenditures have accounted for about 5% of household expenditures. In the Bureau of Labor Statistics’ (BLS) Consumer Price Index, gasoline accounted for 5.1% of consumer spending, as of October 2014. Reductions in the gasoline price ultimately impact the relative weight of gasoline compared to other expenditures (shelter, clothing, food, entertainment, and so on) in price indices compiled by BLS and the Bureau of Economic Analysis at the U.S. Department of Commerce.

The demand for gasoline is very price inelastic over short time periods, meaning changes in price have little impact on the number of gallons used. Falling gasoline prices allow households to spend their income on other goods and services, pay down debt, and/or increase savings. 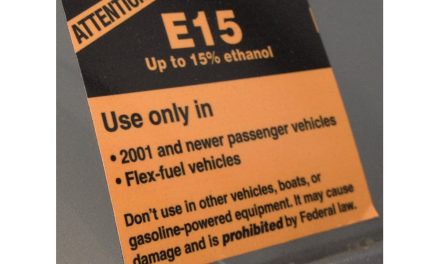