Tight Oil and Oil Sands in the U.S. Crude Slate: What Fuel Marketers Need to Know 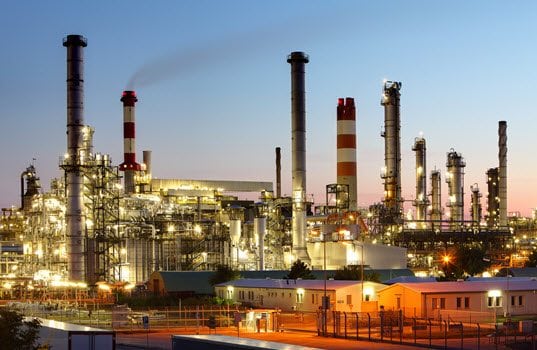 For marketers of refined fuels, the upstream sector sometimes seems many steps removed from daily concerns.  Similarly, the details of refinery processing may be of limited interest.  For the most part, U.S. marketers and consumers expect fuel to be available, and the main variables are price and logistics.  Yet the U.S. crude balance is changing dramatically, and the sources, and volumes, of foreign crudes are changing as well.  The U.S. “shale boom” is causing a major upturn in U.S. crude production.  The shale plays, mainly in Texas and North Dakota, were discovered many years ago, but their recent commercial success has been made possible because of advances in horizontal drilling and hydraulic fracturing, or “fracking.”  The shale oils also are known as “tight oil,” in part to avoid confusion with oil shale (which is shale containing kerogen, which requires its own type of mining, retorting and processing).  Canadian production also is rising, chiefly bitumen from oil sands.  Oil sands are mined, and when the sands and other solids are removed, the remaining oil is an ultra-heavy crude, usually referred to as bitumen or oil sands crude.  Its gravity is similar to asphalt, and, as might be expected, refining it into on-spec products is a challenge.  The majority of U.S. tight oil supplies, as well as Canadian bitumen-based products, are concentrated in the central corridor of the country, with limited availability on the East and West Coasts.  This is creating unusual supply and demand dynamics, changes in refinery utilization, new distribution patterns and price movements.  Rather than discuss crude markets in broad, macroeconomic terms, in this article we examine the changes in the crude market and how they influence the product market.  We use refinery modeling techniques to test how the new crudes translate into barrels-per-day output of gasoline, middle distillates, and other products.

The expression “dumbbell” crude came into wider use when Canadian oil sands production began to rise.  Today, it is heard even more frequently, since Canadian production is growing, and pipeline deliveries to the United States are set to grow even further if the Keystone XL Pipeline is completed.  Canadian bitumen products often are sold as “dilbits,” a shorthand expression for blends of diluent and bitumen.  The diluents are condensates and natural gas liquids added to raw bitumen to improve flow properties so that pipeline transport is possible.  The ratio of diluent to bitumen is roughly 30:70.  Dilbits are called dumbbell crudes because of the distillation pattern, where the diluent contributes a range of light hydrocarbons and the bitumen contributes a range of heavy hydrocarbons, but the middle distillate range (kerosenes and diesels) is oddly lacking.  Upon being heated to boiling in a crude distillation tower, the distillation fractions range from gases and naphthas, which have boiling points between ambient temperature and approximately 330o F/165 o C; to middle distillates, which have boiling points between approximately 330o F/165 o C to 620o F/327o C; to vacuum gasoil and vacuum bottoms, which have boiling temperatures above 620o F/327o C.  Some 78% of our sample diluent is lighter than swing kerosene, while zero percent of crude bitumen is.  Therefore, the majority of the diluent in a dilbit boils off before the middle distillate range is reached.  The bitumen also contributes very little to the middle distillate fraction, being concentrated at the other extreme of the barrel.

A dilbit may, on an average basis, have an API gravity similar to a heavy crude, but the individual hydrocarbons do not average out.  To illustrate this, Figure 1 compares the yield of our sample dilbit with the yield from conventional Arab Heavy crude.  The “dumbbell” dilbit has higher percentage yields at the light and heavy ends and lower yields in the middle distillate range, suggesting the shape of a dumbbell.  Dilbit yields 39% naphtha and light ends, while Arab Heavy yields only 19.7% naphtha and light ends.  Arab Heavy, on the other hand, yields 26.5% middle distillates, while dilbit yields only 17.5% middle distillates.  Both have similar yields of vacuum bottoms, 27.5% and 26.7% respectively.  This is the heaviest portion of the barrel, which typically is sent to cokers to produce coker naphthas and gasoils, plus solid petroleum coke.  But Arab Heavy has the added advantage of providing a 27.1% yield of vacuum gasoil (VGO,) whereas dilbit provides a yield of only 16% VGO.  VGO is used as feedstock to catalytic cracking and hydrocracking, both of which are key upgrading technologies in modern refineries.  The United States already is a significant importer of VGO, which underscores the importance of keeping cracking units running at high utilization rates.  It also indicates that if the future crude slate is deficient in vacuum gasoil, either adjustments would be made to the pattern of crude purchases or else imports of vacuum gasoil would rise. 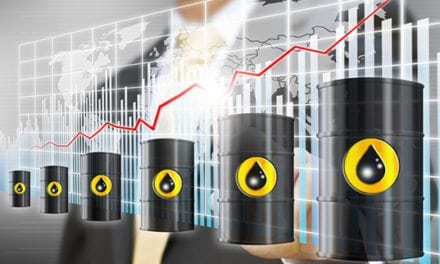 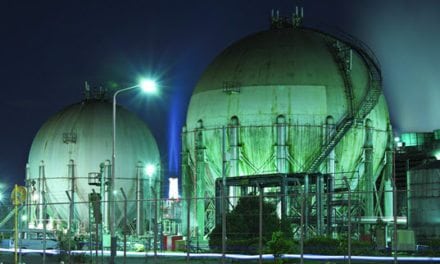