Tight Oil and Oil Sands in the U.S. Crude Slate: What Fuel Marketers Need to Know (Cont. 3 of 3)

In order to explore the possible impacts of crude slate changes, we devised a refinery model simulating today’s average refinery in the United States.  This is a simple average, derived by dividing total U.S. capacity by the number of refineries, as reported in the well-known Oil and Gas Journal.  As such, the model refinery includes all of the technologies now in use.  In reality, this would be rare.  That is, not all refineries will have cokers, cat crackers, hydrocrackers, feed pretreatment, alkylation, isomerization, aromatics extraction and so forth, all at the same plant.  The goal, however, is to charge three sample crude slates through the typical refinery and test how the output changes.

Our average U.S. refinery is configured as follows:

Our three crude slate scenarios are:

Particularly visible is the reduced output of middle distillates in the Dilbit scenario, where output is approximately 40 kbpd.  Running Arab Heavy crude provided 61 kbpd of middle distillates.  The highest middle distillate yield, over 76 kbpd, was achieved using the 25%/75% mix of Bakken and Eagle Ford crudes.  This 25%/75% split was used to account for the larger production volumes of Eagle Ford oil.  Although our modeling work here is simplified, it is worth noting that more detailed modeling would capture additional quality differences, such as the relative paraffinicity of Eagle Ford crude.  Heavy naphtha from this oil will yield lower octane catalytic reformates, but on the other hand, the straight run diesel will have higher cetane numbers.  This scenario also yielded essentially no fuel oil.

The lack of fuel oil in the shale oil scenario had a downside, however.  Gasoline output in this case was below 37 kbpd because there was insufficient VGO feedstock for the catalytic cracker.  This also reduced alkylate production, because the alkylation unit depended on the cat cracker for feedstock.  Output of naphtha/LPG was nearly 30 kbpd, but this material was not suitable for gasoline production.  This scenario had the lowest gasoline output, which might surprise observers who still equate light, sweet crudes with high gasoline output.  In modern refineries, very little straight run material, which may be called light straight run, or LSR, gasoline, actually makes it into the finished gasoline pool.

The highest gasoline output, 52 kbpd, was achieved in the Arab Heavy scenario.  Using this conventional crude provided more VGO feed for hydrocracking and cat cracking units.  As noted, middle distillate output was a respectable 61 kbpd.  The naphtha and LPG yield was the lowest of the three scenarios, under 14 kbpd.  Fuel oil output was approximately 14 kbpd, slightly below the Dilbit scenario, where fuel oil output was17 kbpd.  The Dilbit scenario produced 45 kbpd of gasoline, the second-highest volume.  The atmospheric residuum contained less VGO and more vacuum bottoms than a conventional crude, which resulted in slightly lower cat cracking and slightly higher fuel oil output.

The shale boom has caused a major turnaround in the direction of the U.S. crude oil balance.  After falling for over twenty years, U.S. crude output is rebounding.  The official forecast of the U.S. EIA calls for an additional 1.8 mmbpd of crude production between 2013 and 2016 alone.  Also by 2016, the Keystone XL Pipeline is expected to be complete, adding 830 kbpd of Canadian crude availability.  The U.S. shale oils are light and low in sulfur, while the Canadian resources are expected to be chiefly bitumen-based products such as dilbit.  Both will contribute to what is known as a “dumbbell” distillation pattern, with a concentration of light ends and heavy ends and a relative paucity of middle distillates.  Our analysis indicates that the light ends are not entirely suitable for gasoline production, and the heavy ends may lack sufficient yields of vacuum gasoils used as feedstock for catalytic crackers and hydrocrackers.

Because U.S. law places severe limitations on the export of domestic crudes, the new output must be processed domestically, and surplus products are being exported.  The United States is now a net exporter of finished gasoline; though not of all gasoline-related material (gasoline blending components still are imported.)  Still, if demand continues to fall, the United States will become a true net exporter of gasoline and gasoline-related products.  The United States already is an important net exporter of middle distillates, for which international demand is strong.  Gasoline and diesel prices in a net-exporting market should, theoretically, be influenced by international prices minus transport costs.  Fuel marketers should therefore expect ample supplies and reasonable costs.  However, dilbits and tight oils will contribute less to gasoline output than would be expected on a volume basis–their composition and qualities do not match the average U.S. refinery as well as conventional crudes do.  Naturally, it would be possible to modify refineries to maximize gasoline output using the new crudes, but what motivation would there be for refiners to expand production in a shrinking market?  The primary determinant of gasoline and diesel prices remains the price of the crude feedstock.  Drilling rigs come on and offline as needed, crude flows to refineries, products flow to markets near and far, and the U.S. market remains a daily balancing act, shaped more and more by the ease and cost of transport.

Dr. Nancy Yamaguchi is an author and petroleum industry expert specializing in the advanced analysis of energy markets. Dr. Yamaguchi is the President of Trans-Energy Research Associates, Inc. focusing on a wide spectrum of fuel related issues such as economics and the environment. She possesses a strong interest in global oil industry, including supply, demand, trading trends, as well as transport, refining, product blending, alternative and reformulated fuels, product quality and price behavior.
<PREV. | HOME

Clean Diesel: Keeping the Power On, Backstopping the Grid and Delivering Emergency Services 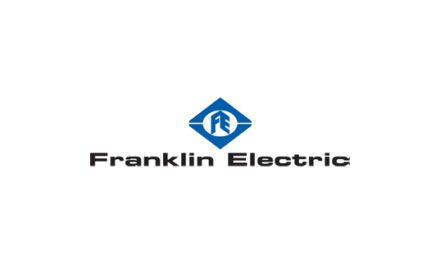