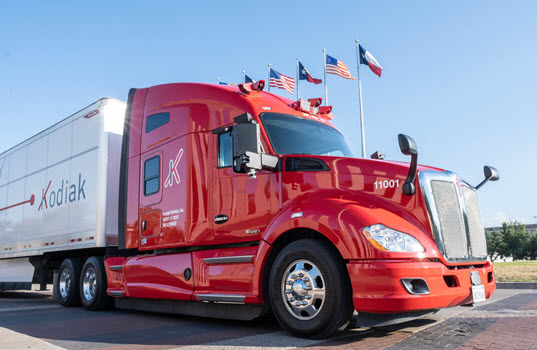 Kodiak Robotics, Inc., a startup developing self-driving technology to revolutionize long-haul trucking, announced it has started making its first commercial deliveries with a safety driver behind the wheel. Kodiak achieved this milestone just 16 months after the company was formed. Kodiak also announced it will be supporting its growing testing and freight operations from a new facility in North Texas.

Kodiak operates as a true freight carrier, with self-driving trucks operating on “middle mile” highway routes. Since the company’s founding in April 2018, Kodiak has grown from an idea to a reality, with a growing fleet of trucks and the launch of freight operations for customers in Texas. The company’s rapid progress is a testament to its strong, experienced team, led by its CEO Don Burnette. Don is a leader in the AV industry, with over a decade of experience working in the emerging autonomous vehicle field.

“We could not be more excited to announce our expansion into Texas, with an office in the DFW area,” said Don Burnette, CEO and Co-Founder of Kodiak Robotics. “In just over a year, we’ve gone from founding Kodiak to putting our trucks on the road and hauling freight for customers. Making such rapid progress wouldn’t be possible without our strong, experienced team, who’ve been working with autonomous vehicles since the early days of the industry. As industry veterans, we’ve seen where self-driving technology has fallen short, and have a clear vision for how to make it work and work safely.”

Kodiak’s self-driving trucks are poised to revolutionize the freight industry as its technology will make highways safer while reducing the cost of carrying freight and, for longer routes, the time it takes to move goods. Kodiak’s expansion will further Texas’ leadership in logistics and transportation.

“We are thrilled by the reception we’ve received from all Texans,” added Paz Eshel, COO and Co-Founder of Kodiak Robotics. “From Governor Abbott to the Department of Public Safety to the Texas Department of Transportation and the Texas A&M Transportation Institute (TTI), we’ve received nothing but support. We look forward to continuing to build meaningful community partnerships in Texas, and helping to make sure that Texas is the home of autonomous trucking.”

“We’re pleased to welcome Kodiak to Dallas-Fort Worth,” said Thomas Bamonte, Senior Program Manager, Automated Vehicles, for the North Central Texas Council of Governments. “As a region adding more than 1 million new residents each decade, it is important to develop a comprehensive strategy for the safe and reliable movement of people and goods. Our policy officials on the Regional Transportation Council have been very forward-thinking in their recognition of technology as part of the answer, which is positioning our region as a leader in the automated vehicle industry.”

“We are excited that Kodiak Robotics will have a major presence in Texas,” said Dr. Christopher Poe, TTI assistant agency director and connected automated transportation strategy lead.  “Texas is a leader in the testing and implementation of connected and automated vehicles, and Kodiak’s willingness to partner with academia and public agencies to ensure safe deployment of new technology will add significant value to our transportation system.” 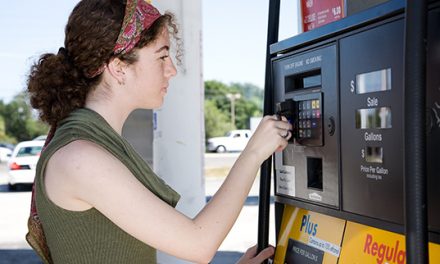