Due to an outdated Environmental Protection Agency (EPA) regulation, retail gas stations are essentially prohibited from selling E15 in more than two-thirds of the nation’s gasoline market during the summer ozone control season, from June 1 – September 15.

RFA “enthusiastically supports” S. 517, by Senator Deb Fischer (R-Nebraska), which would resolve the issue by extending the Reid vapor pressure (RVP) waiver to ethanol blends above E10. The committee held a hearing yesterday (June 14) on the legislation.

“The biggest remaining obstacle to E15 growth is the inequitable application of gasoline vapor pressure regulations,” RFA President and CEO Bob Dinneen wrote to Barrasso and Carper. “The U.S. Environmental Protection Agency’s current regulations have created an unlevel playing field for E15 and other higher-level blends. Many gasoline retailers have rejected E15 because EPA’s current RVP regulations make it nearly impossible for them to sell E15 to EPA-approved conventional automobiles year-round.

“Most gas stations are not willing to dedicate storage tank space and dispensing equipment to a fuel that they can only sell for part of the year. Resolving the issue of RVP parity for E15 will remove the regulatory barrier that currently hinders stations from offering year-round access to E15 and other higher level ethanol blends,” Dinneen wrote.

Major retailers like Thornton’s, Kum & Go and Sheetz offer E15, and the RFA wants to ensure consumers have access to the fuel blend whether it’s April or July or November. The RFA is “committed to working with leaders in Congress to make that a reality,” the letter added. 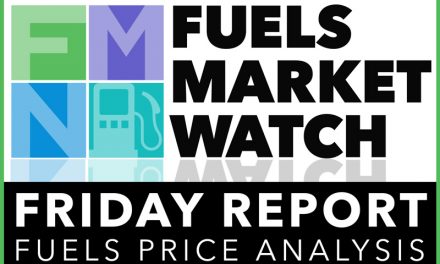