The Renewable Fuels Association (RFA) made an announcement today that marks the beginning of a new era for the ethanol industry’s leading trade association.  Executive Vice President Geoff Cooper will assume the position of president and CEO in October 2018, while current President and CEO Bob Dinneen will transition into the role of RFA’s Senior Strategic Advisor.

Dinneen has been with RFA for more than 30 years, including serving as the organization’s president and CEO since 2001. During his tenure, Dinneen led the industry and achieved a number of landmark legislative and regulatory victories for ethanol, including passage of the original Renewable Fuel Standard (RFS) in 2005 and significant expansion and extension of the RFS program in 2007.  Dinneen also played a crucial role in the creation of the reformulated gasoline and oxygenated fuels requirements; securing the RVP waiver for E10; working with states to adopt bans on MTBE; and multiple extensions of the ethanol blender’s tax credit and secondary tariff on imported ethanol, among other important victories.

“For more than three decades, I have had the privilege of working for an industry whose mission inspires me, a Board of Directors that supports me, and an organization that exemplifies the highest degree of professionalism, creativity, and competence,” Dinneen stated.  “I have borne witness to phenomenal growth, seen rural economies transformed and gotten to know and work side-by-side with the people who made this industry the success it is today.  Every day I am thankful for our accomplishments and still enthusiastic to tackle the challenges ahead.  Without a doubt, I have been truly blessed.”

“But 30 years is a long time and I believe now is the right time for new leadership, new ideas, and new energy at the helm of the Renewable Fuels Association.  I am going to keep working at RFA in a different capacity but with the same goal; to assure RFA and the industry I care about so deeply continue to grow and realize their full potential,” Dinneen continued.  “At the very least, I have great confidence that under Geoff’s leadership, the RFA will develop into an even more effective and authoritative voice for the U.S. ethanol industry, and that may be my greatest blessing.”

RFA Chairman Mick Henderson said, “Bob has spent most of his professional life dedicated to this industry, and for that we will always be grateful.  He has worked tirelessly on our behalf for 30 years and in that time, there was never any doubt that we could count on Bob to fight for us every day.  The industry simply would not be what it is today without Bob’s direction and leadership over the past three decades.”

Cooper joined RFA in 2008 as the organization’s Director of Research and Analysis and had ascended to executive vice president by 2016. He previously worked on ethanol issues for the National Corn Growers Association and served as a Captain in the U.S. Army, specializing in bulk petroleum product logistics. In recent years, Cooper has led RFA’s regulatory activities, while also overseeing the association’s research and technical initiatives, supporting public and media relations efforts, and managing the Renewable Fuels Foundation.

“I am deeply honored that the RFA board of directors has entrusted me with leading this vibrant and dynamic organization into the future,” Cooper said. “For the past decade, I have been incredibly fortunate to serve an industry and an organization whose values align so well with my own. It has been an absolute pleasure and a privilege to work alongside Bob, the RFA staff, and our diverse membership to advance RFA’s strategic goals and vision. Ethanol is a remarkable product that has an incredibly bright future filled with opportunity, and I am excited to help write the next chapter in our industry’s amazing story. I am truly grateful for the chance to build upon RFA’s legacy as the authoritative voice of the ethanol industry.”

In commenting on Cooper’s promotion, Henderson said, “The board and I have truly enjoyed working with Geoff, and we are confident he is the right new leader at the right time. We know he will bring new ideas and new energy to the RFA, build on Bob’s outstanding record of success, and position RFA favorably for the next 30 years of growth.” 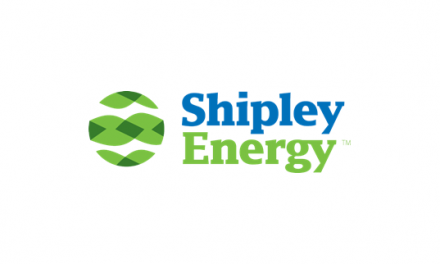 Casey’s General Stores and Their Customers Donate over $366,000 to Help Those Affected by Recent Hurricanes