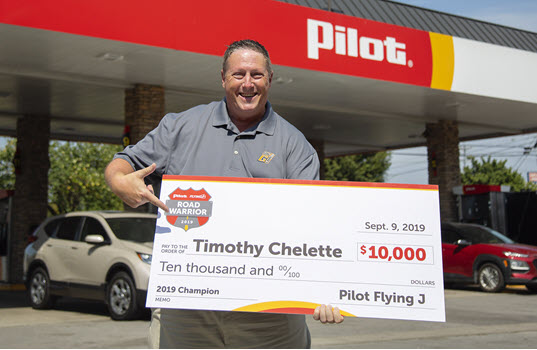 Pilot Flying J announced the winners of its sixth annual Road Warrior contest on September 9, hosting a surprise celebration for the $10,000 grand prize winner as part of the company’s kick off to National Truck Driver Appreciation Week. Based on more than 13,000 combined online votes, Timothy Chelette of Murfreesboro, Tenn. is the 2019 Road Warrior grand prize winner. Rodney Hagan of Webster, Florida, and William McNamee of Christopher, Illinois, have been named the second and third place Road Warrior winners, respectively.

“Each year, our Road Warrior program allows us to honor the unsung ‘heroes on the road’ who go above and beyond as professional drivers,” said Ken Parent, president of Pilot Flying J. “The trucking community is lucky to have so many hardworking men and women on the road committed to keeping America moving and this year’s winners exemplify some of the most admirable qualities of the industry. Thank you and congratulations to Timothy and the finalists for their hard work and dedication.”

To honor Chelette as the grand prize winner, Pilot Flying J partnered with his employer, Big G Express, to surprise him with the news of his win and present him with his $10,000 prize at the Pilot Travel Center in his hometown of Murfreesboro.

A professional driver at Big G Express for nearly 15 years, Chelette has served as a Tennessee Road Team Captain and currently serves as an American Road Team Captain, presenting about safety across the nation. Over the years, he has driven more than 1.9 million accident-free miles delivering freight. In the last four years, Chelette has raised more than $30,000 for St. Jude Children’s Research Hospital through an annual motorcycle ride he created.

“It is a great honor to be named the Road Warrior winner,” said Chelette. “Thank you to Big G Express for nominating me and to Pilot Flying J for putting on this great program that recognizes drivers like me. I will be able to do more charity rides now that my motorcycle will be paid off. I appreciate everyone who voted – it really means a lot.”

In addition to the $10,000 grand prize, Pilot Flying J awarded $5,000 to second place winner, Hagan, and $2,500 to third place winner, McNamee. Nominators of the grand, second and third place winners will also receive a $500 prize. This year, the three finalists were selected from more than 7,500 online nominations for their superior efforts in the U.S. trucking industry.

Through the company’s ‘Thank a Driver’ campaign launched earlier this month, Pilot Flying J is showing appreciation for professional drivers throughout September and celebrating drivers with free drinks every day in the Pilot Flying J app*. To learn more, visit pilotflyingj.com/driver-appreciation. 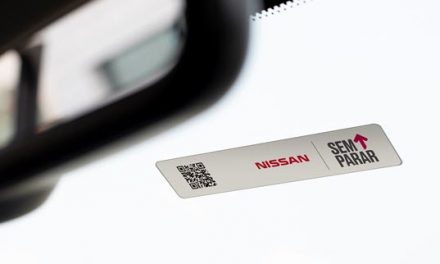 FLEETCOR Partners with Nissan on Contactless Payments in Brazil 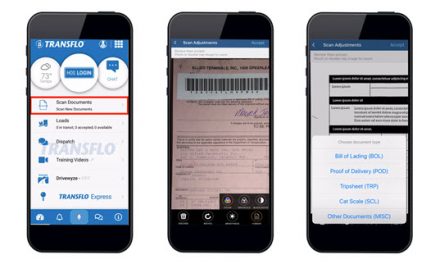