An important milestone for higher ethanol fuel blends was reached recently.Major gasoline retailers working with Growth Energy have reported that over the past 12 months, using the U.S. average gas mileage of 20 MPG, consumers have surpassed 150 million miles using E15 without any negative effects.

NASCAR® has trusted E15 for over five years and eight million miles of racing because it burns cleaner, cooler and increases octane, which improves engine performance. We’re now seeing consumers choosing it for the same reasons. Retailers including Sheetz, Kum & Go, MAPCO, Minnoco, Murphy USA and Protec have responded to consumer demand for lower cost and higher performing fuel by adding E15 at their pumps and, their choice is paying off.

“I have been using E15 for the last three years at Minnoco and have noticed no mileage loss, better engine performance and great savings at the pump,” said Mark Foudray, a loyal E15 consumer from Shakopee, Minnesota.

Steve Anderson, an AAA approved and ASE certified service consultant and owner/operator of Marshall Cretin Minnoco from St. Paul, Minnesota, also lauded E15’s engine boosting qualities, saying, “We have a loyal following for the E15 product. Approaching 1,000,000 gallons pumped we have nothing but positive results.” He added, “E15 has higher octane and burns cleaner —the interior of the engines are cleaner and the tailpipe makes more air, and less pollution. E15 has been widely tested and is safe for all vehicles model year 2001 and newer. We see over 50 percent of our customers purchasing E15 on a daily basis. The statistics don’t lie. It is a great product and we are pleased to offer it as a choice to our fueling customers.”

“I have been selling E15 to our customers since the fall of 2013. Since I introduced it, there has not been one complaint due to mileage loss or engine performance. I hear only positive comments with drivability and the lower cost at the pump. Today’s cars are designed to utilize the higher octane to improve performance through different computer management systems. I see higher-level blends of ethanol, like E15, being the next fuel of future,” said Joel Hennen, a third generation owner/operator of Hennen’s Auto Service from Shakopee, Minnesota.

“This milestone is a clear indication that American consumers are embracing biofuels like ethanol, and E15 particularly, because they recognize its many benefits—from increased engine performance and reduced oil imports, to less toxic emissions,” said Tom Buis, co-chair of Growth Energy, “Americans want more options at the pump and we hope that this will motivate more retailers to offer E15 at their locations, because consumers are ready for the fuel that’s made for today’s cars.” 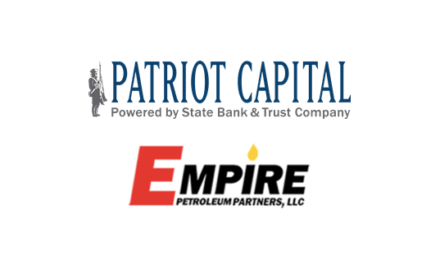