New Video Shows Consequences of “Breaking Up with Fossil Fuels” 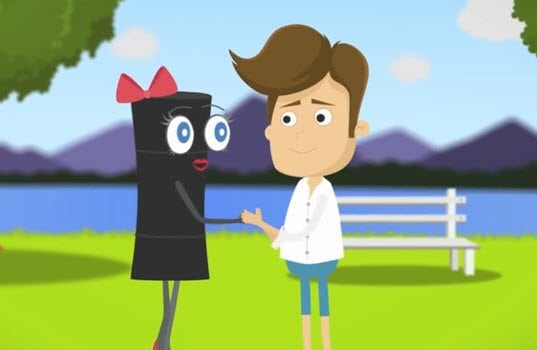 Fossil fuels account for about 80 percent of all U.S. energy production, create millions of jobs and are found in thousands of different consumer goods that make modern life convenient and enjoyable, including telephones, computers and refrigerators.

You can view the video here: https://www.youtube.com/watch?v=6A6j1r3Kbuo

“Anti-energy activist Bill McKibben and his big green radical buddies are lobbying for folks to ‘divest’ from fossils fuels this Valentine’s Day, but breaking up with fossil fuels would bring nothing but heartache to Americans,” Will Coggin, director of research for the Environmental Policy Alliance, said. “The so-called green divestment crowd’s philosophy seems to be that we should live like 17th century peasants.”

The Environmental Policy Alliance’s new video stars Joe, who breaks up with his girlfriend, Fossil Fuels, after hearing nasty rumors about her from his friends. Joe quickly realizes that life without Fossil Fuels isn’t much fun. Does Joe fall back in love with Fossil Fuels? You’ll have to watch the video to find out. A transcript of the video can be found below.

The Environmental Policy Alliance, a project of the nonprofit Center for Organizational Research and Education, is devoted to uncovering the funding and hidden agendas behind environmental activist groups and exploring the intersection between activists and government agencies.

A boy named Joe and Fossil Fuels were in love.  They did everything together. But after a while, his friends started bad-mouthing Fossil Fuels.

They started spreading rumors and blaming her for everything bad in the world.

So Joe decided to break up with Fossil Fuels—even though she had done so much for him.

As soon as she was gone, Joe realized that life was very different without Fossil Fuels. Joe went to call his friends but his phone disappeared! He wanted to jump online to log on to a dating site but that didn’t work either. He was feeling a little sad, so he went to the kitchen to get something to eat but without Fossil Fuels, he didn’t have many options.

Joe quickly realized that without Fossil Fuels, his home didn’t seem much like home anymore.

A group of anti-energy activists led by Bill McKibben want you to break up with fossil fuels this Valentine’s Day. But breaking up is hard to do when fossil fuels make most things in life possible. Fossil fuels provide 80 percent of our energy and are integral to consumer goods ranging from clothes to beauty products.

Visit BigGreenRadicals.com and find out more about why you shouldn’t break up with fossil fuels this Valentine’s Day!