Retailers have long had self-checkout lanes, but lately, more are embracing other automatic technology, such as proximity beacons and robot shelf stockers. That means companies will need fewer employees in the near future, leaving up to 7.5 million jobs at risk in the United States, Fast Company reports. Currently, the retail industry employs around 10% of the total U.S. workforce.

“Labor productivity has been stagnant in the retail industry for a long time, and now we’re seeing minimum wage increases around the country and a tight labor market that’s forcing up wages,” said John Wilson, Head of Research at Cornerstone Capital. “That’s putting pressure on companies to solve these problems at a time when a lot of these technologies are coming into play.”

Wilson pointed out that cashiers—74% of whom are female—would likely be the first casualty in the automation wave. Retail salespeople would also be on the bubble, as more shoppers are turning to their smartphones for information about products and selections. “Smartphones have all kinds of information about the products you want to buy, so the need for salespeople is considerably less,” he said.

Already, Sally the robot makes salads, and a San Francisco café has a robot barista. The report, commissioned by Investor Responsibility Research Center Institute, found that areas likely to be targeted for automation already have higher unemployment rates. “Walmart and other large retailers have greater market share in communities with less than 500,000 people. … If employment trends correlate to market share location, retail automation by retailers could disproportionately impact these smaller communities,” the report said. 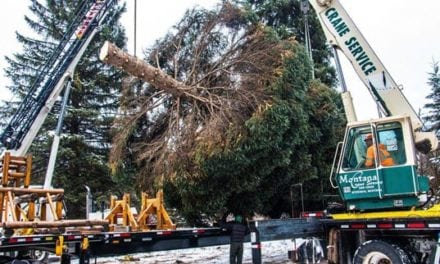