“Convenience stores serve 160 million customers a day in every community across the country 24 hours a day. Our industry is well equipped to share important messages with our customers so they can collectively create the equivalent of a neighborhood watch program in their communities. We are proud to work with the Department of Homeland Security on this important issue,” said NACS Vice President of Strategic Industry Initiatives Jeff Lenard. Lenard also serves as a board member for the National Safe Place Network, which works with companies, including convenience stores, to provide access to immediate help and supportive resources for youth in need.

The new partnership with the DHS Blue campaign is the latest of several new programs developed by NACS this year to help retailers develop new tools to serve their communities. In June, NACS announced a partnership with the American Red Cross to advance community giving and disaster relief programs for NACS member companies. In May, NACS announced that it signed a commitment with the Partnership for a Healthier America to help convenience stores provide more visibility to healthier choices inside their stores. NACS was the first retail-focused association to partner with either of these nationally respected organizations.

“Convenience stores are as closely tied to their local communities as any retail channel. Representing one-third of all retail stores in the United States, convenience stores don’t just sell products and services that people enjoy; they make a difference in their communities and help address important national initiative groups at a local level,” Lenard said. 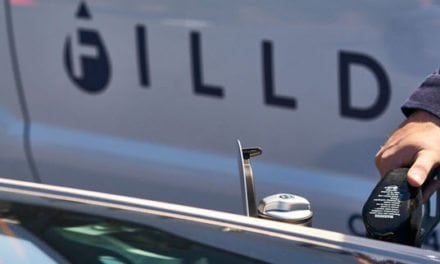