Low gas prices will likely lead to increased summer vacation spending but won’t lead to longer trips, according to a survey of gas customers conducted by the National Association of Convenience Stores (NACS), which represents the industry that sells an estimated 80% of the gas purchased in the country.

A strong majority of those planning vacations (81%) say they will send at least as much time on vacation as they did last summer, a strong 10-point increase from 2014 when gas prices averaged more than $3.60 per gallon.

With gas prices low, consumers also say they consider price less important when shopping for fuel. Overall, 46% of drivers say that they will stop at the closest location when they are ready to stop, compared to 41% who say that the gas price dictates where they stop. This is the first time price wasn’t cited as the top reason to selected a fueling location. Quality food options (34%) and clean bathrooms (33%) were also cited as top reasons to stop.

Other highlights from the survey include:

“Vacationers are saying that they will reward retailers who can best meet their one-stop shopping needs—whether fueling up, taking a bathroom break, grabbing quick snacks and drinks or enjoying upscale meals and healthy options,” said NACS Vice President of Strategic Initiatives Jeff Lenard.

Throughout the year, Americans are more likely to visit a convenience store to quench a thirst than for any other reason. Nearly half of all convenience store customers (49%) said that they primarily stopped to purchase a beverage on their most recent visit, according to a 2016 NACS consumer survey.

Not surprisingly, ice sales also are extremely strong over the summer months. Approximately two-thirds of all sales of bagged ice occur between Memorial Day and Labor Day, according to the International Packaged Ice Association. And, of course, convenience stores are the top destination to purchase bagged ice. Convenience stores sell an estimated 45% of all packaged ice purchased, or $1.9 billion overall. 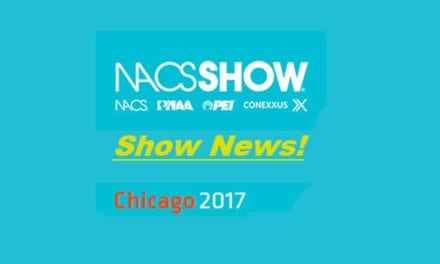