The market is modestly higher to unchanged to start off the trading week. New York Mercantile Exchange nearest delivered oil futures and Brent crude on the Intercontinental Exchange settled down on Friday but firmed on the week, with West Texas Intermediate, Brent and ULSD futures sharply cutting a dive to three-week lows amid ongoing short-term uptrends in a tightening oil market. The crude contracts consolidated for most of the week, although a steady drumbeat of economic data detailing slowing global growth banged loudly Friday morning with big misses on trade data from China and job gains in the United States, sparking a selloff. The crude contracts were down more than $2 bbl at one point during the session, although technical support held, prompting a buyback of sold contracts to cut the losses.

China reported an unexpectedly large 20.7% year-on-year plunge in exports during February, more evidence of the deleterious effect caused by the U.S.- China trade dispute, and follows Beijing’s acknowledgment of a slowing economy. Earlier this week, Beijing said it would target economic growth between 6.0% and 6.5% this year compared with a 6.5% target for 2018. However, the trade data also showed crude oil imports surged 22% in February from a year ago to 10.23 million bpd. Beijing earlier this week announced stimulus efforts for its economy through tax cuts on businesses and easier borrowing requirements for small companies, too. Surprise stimulus policy announced Thursday by the European Central Bank also worked to neutralize to a degree poor economic readings for the Eurozone, with slowing global trade a key factor in the continent’s sluggishness.

Another jaw-dropping data point out today was from the Department of Labor, with its Bureau of Labor Statistics reporting a steep slowdown in hiring in February, with only 20,000 jobs added compared with estimates for job growth of 180,000. In January, 311,000 jobs were created, raising questions of whether today’s data was an anomaly or signals sluggish U.S. growth moving forward. Separately, Norway plans to dump oil producers from its $1 trillion sovereign wealth fund, suggesting less liquidity in the oil market. The plan still needs the approval of parliament. Yet, a massive power outage in economically crippled Venezuela again turned focus to supply, with the power outage likely effecting operations at state-owned oil company PDVSA. Already declining for years, Venezuela’s crude production has reportedly fallen further since U.S. sanctions were slapped on PDVSA in late January.

Meanwhile, the Organization of the Petroleum Exporting Countries continues their production cuts which is seen prompting global inventory drawdowns in March and April. In the United States, Baker Hughes reported the third weekly decline in the U.S. oil rig count which fell by nine this week to an 834 10-month low. The U.S. oil rig count is down 23 over the past three weeks and 51 since the start of the year, lending support to reports tight shale producers in the United States will be more fiscally disciplined as Wall Street tires of sluggish profits and heavy cash burn; a hallmark of the small producer. Despite the rig decline, U.S. crude production held at a record high 12.1 million bpd for the second straight week through March 1, the Energy Information Administration reported Wednesday. NYMEX April WTI futures bounced off a $54.52 three-week low on the spot continuous chart to settle down $0.59 at $56.07 bbl, but up $0.27 from prior Friday. ICE May Brent bounced off a $64.02 bbl three-week spot low after testing retracement support at $63.99 to settle down $0.56 on the session and up $0.67 on the week at $65.74 bbl. 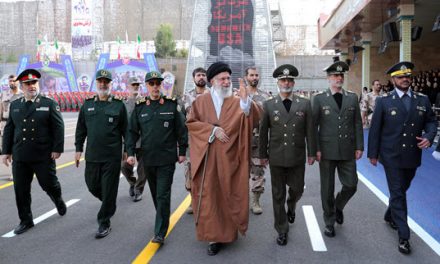 The Iranian Conflict and Oil Prices