Over the past 24 hours, WTI crude prices hit a plateau, and prices have risen only slightly. Gasoline and diesel prices rose more strongly. Crude prices now are weakening this morning, while diesel and gasoline prices are easing more slowly.

The crude oil price rally slowed despite the release of inventory information by the American Petroleum Institute (API.) The API estimates that U.S. crude oil inventories were drawn down by 6 million barrels during the week ended August 4th. Softening this, the API anticipates additions to inventories of gasoline and diesel of 1.7 million barrels and 0.22 million barrels respectively. Markets typically view a stock draw as a sign of supply tightness, and a stock addition as a sign of oversupply. The U.S. Energy Information Administration (EIA) will publish official statistics later today. Last week, the EIA reported a crude stock build of 3.803 million barrels.

The signs of oil supply tightness appear to be partially countered by fears that demand will weaken. Although the U.S.-China trade war has not yet taken a large toll on trade, the U.S. plans to impose 25% tariffs on goods including motorcycles, steam turbines and railroad cars on August 23rd.

WTI (West Texas Intermediate) crude prices opened on the NYMEX at $69.09/b today. Over the last 24-hour period from 9AM EST to 9AM EST, crude prices rose slightly by $0.08/b. Prices currently are falling. The latest price is $68.11/b.

Diesel opened on the NYMEX at $2.1630/gallon today. Over the last 24-hour period from 9AM EST to 9AM EST, diesel prices rose by 2.13 cents/gallon. Prices currently are declining. The latest price is $2.1564/gallon.

Gasoline opened on the NYMEX at $2.0935 today. Over the last 24-hour period from 9AM EST to 9AM EST, gasoline prices rose strongly by 2.64 cents/gallon. Prices currently are falling. The latest price is $2.0675/gallon.

CITGO and Local Refineries Observe Earth Day with Environmental Preservation and Recycling Events across the U.S. 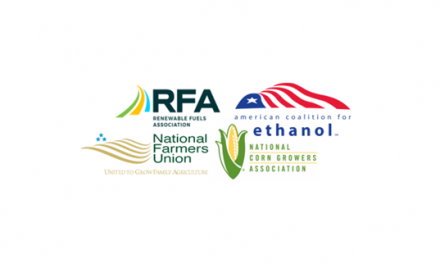