Over the past 24 hours, WTI (West Texas Intermediate) crude prices strengthened, giving a two-day upward trend that recouped most of last week’s losses. WTI prices in today’s trading session opened at $66.08/b, a gain of $0.64/b above Tuesday’s opening. Diesel and gasoline prices are trending up gently, pulled by crude oil, but not responding to the more volatile ups and downs in crude trading. Yesterday’s price surge was quickly followed by a downward correction that resulted in a much more modest price increase.

The oil complex is heading up today. Market-moving news is mixed, however. The American Petroleum Institute (API,) believes that U.S. crude oil inventories were drawn down by 5.2 million barrels during the week ended August 17th. This greatly exceeded the 2 million barrels predicted by a survey of industry experts. The official data is due later today. In recent weeks, the official data posted by the Energy Information Administration (EIA) has differed significantly from industry data, the overall impact being that prices have moved as well.

In the U.S. political arena, attention is focused on the guilty pleas of President Donald Trump’s former attorney Michael Cohen and his former campaign manager Paul Manafort. Another early Trump supporter, Rep. Duncan Hunter of California, has been indicted for filing false campaign finance records. The Trump administration responded that this does not prove wrongdoing on the part of the president. Nonetheless, the political turmoil is feeding market edginess.

Gasoline opened on the NYMEX at $2.0222 today. Yesterday, gasoline futures prices reclaimed the territory above $2/gallon, and they have held that gain. Over the last 24-hour period from 9AM EST to 9AM EST, gasoline prices stabilized, edging up by 0.56 cents/gallon (0.28%.) Prices currently are trending up. The latest price is $2.0628/gallon. 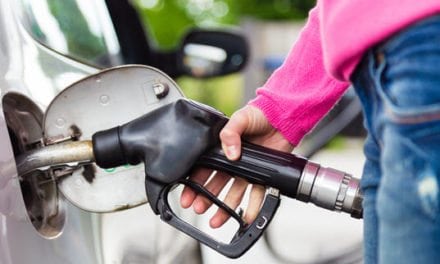