West Texas Intermediate (WTI) crude futures prices dropped significantly by $3.06/b during the week ended October 12. Gasoline and diesel futures prices also fell. Retail prices during the week ended October 15 began to follow this trend. As of the time of this writing, WTI futures crude prices are under $72/b, suggesting that retail prices will continue to ease this week.

For the current week ended October 15, diesel prices increased by 0.9 cents to reach an average price of $3.394/gallon. Prices increased in all PADDs except for the Midwest PADD 2, where prices remained unchanged. The national average price was 60.7 cents per gallon higher than it was one year ago.

In the Midwest PADD 2 market, retail diesel prices were unchanged at an average of $3.351/gallon. Prices were 59.4 cents/gallon above their level for the same week last year.

In the Gulf Coast PADD 3, retail diesel prices rose slightly by 0.3 cents to average $3.172/gallon. Prices were 56.0 cents higher than for the same week in the previous year.

In the Rocky Mountains PADD 4 market, retail diesel prices increased by 1.0 cent to average $3.400/gallon. PADD 4 prices were 51.4 cents higher than in the prior year. 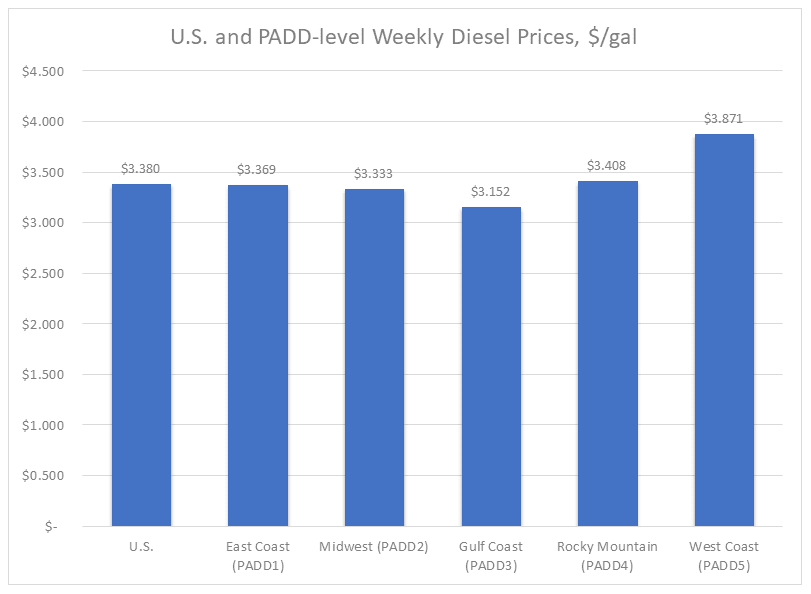 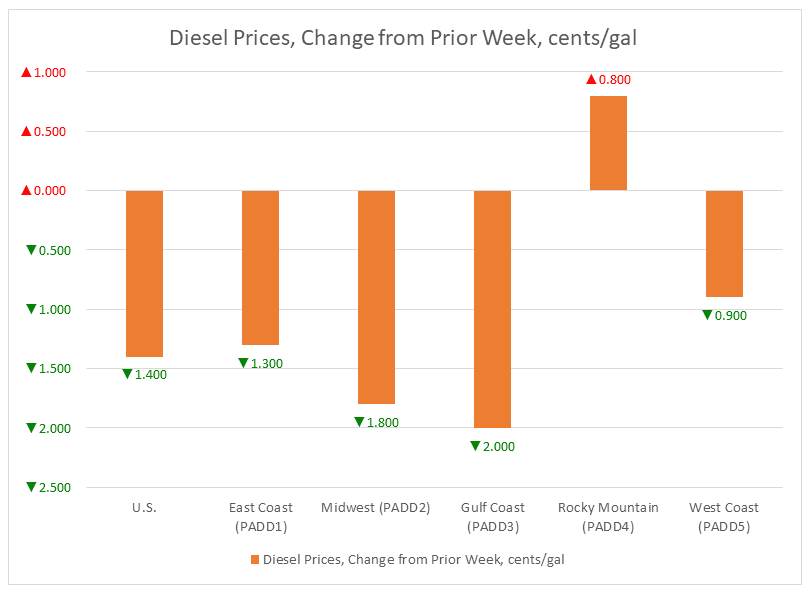 U.S. retail gasoline prices fell by 2.4 cents to average $2.879/gallon during the week ended October 15. Prices rose in PADDs 3 and 5, while they fell in PADDs 1, 2 and 4. The national average price was 39.0 cents per gallon higher than it was one year ago.

In the Midwest PADD 2 market, retail gasoline prices dropped significantly by 6.4 cents to arrive at an average price of $2.758/gallon. This was the largest price drop among the PADDs. Gasoline pump prices were 38.3 cents higher than they were one year ago.

In the Gulf Coast PADD 3 market, gasoline prices edged up by 0.1 cents to average $2.627/gallon. PADD 3 continues to have the lowest average prices among the PADDs. Prices for the week were 36.5 cents higher than for the same week in 2017.

In the Rocky Mountains PADD 4 market, gasoline pump prices fell by 1.7 cents to arrive at an average of $2.982/gallon. Five weeks ago, PADD 4 joined PADD 5 in having gasoline prices of over $3/gallon, but pump prices eased below the $3.00/gallon mark during the week ended October 8, and they declined further in the past week. Prices were 45.6 cents higher than at the same time in 2017. 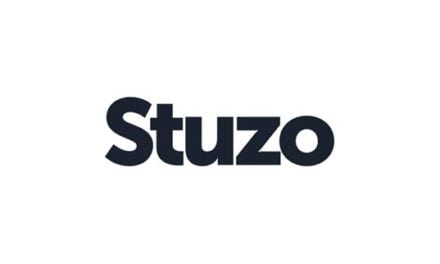 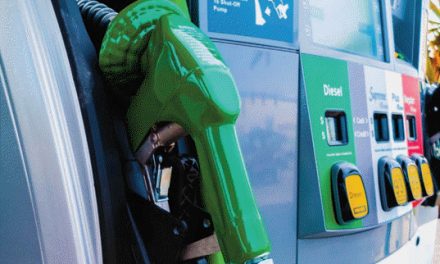 U.S. Diesel Market in Focus: The Long-Term Development and Outlook