CST Brands, Inc., one of the largest independent retailers of motor fuels and convenience merchandise in North America, announced that its Board of Directors has authorized management to pursue a potential real estate venture.

As initially discussed on CST’s second quarter 2015 earnings call, the Company has been evaluating alternative financial structures to efficiently monetize its New-To-Industry real estate and fund its accelerated new store growth plan. After reviewing various alternatives, with the assistance of its financial and legal advisors, the Company has decided to pursue a real estate venture structure to achieve these goals. Through sale/leaseback leverage, the Company expects the venture will substantially enhance its new store return on investment from unleveraged returns of 15% to over 30% under the new venture structure (after the customary maturity period of 1 to 3 years). Beginning in 2017, the Company expects that new stores will be constructed as build-to-suit locations directly funded by the venture. Since the beginning of 2014, CST has opened over 100 new stores and secured locations to sufficiently meet its plans to open 120 new stores in the next 2 years. Additionally, the Company has plans to open more than 350 NTIs over the next 5 years. These large stores provide the space for a superior customer experience, expanded merchandise offering and high value fresh food programs. Built on sites large enough to also accommodate the Company’s high volume fuel business, these stores yield significantly higher returns with a higher percentage coming from less volatile non-fuel margins.

RBC Capital Markets has been retained as financial advisor to CST in connection with the potential transaction. The Company expects the venture will initially be established with a strong foundation of recently constructed convenience stores. In addition, CST’s pipeline of future new-to-industry construction in the U.S. is estimated to be in a range of $1.1 to $1.2 billion in real property construction over the next 5 years. Subject to approval by its Board of Directors, the Company expects to announce its venture partner and provide further details of the venture in the second quarter of 2016, closing on the transaction shortly thereafter. There can be no assurance that the Company will enter into a real estate venture or be able to consummate this transaction.

“We are pleased to announce the Board’s approval of a plan to pursue a real estate venture to enhance value for our stockholders. While there is more work ahead to complete the transaction, we expect the real estate venture to significantly lower CST’s cost of capital and provide an attractive financial platform to accelerate new store growth, help fund future acquisitions and potentially purchase existing real estate from CST and CrossAmerica Partners as well,” stated Kim Lubel, Chairman, Chief Executive Officer and President of CST. “We expect this innovative structure will free up substantial capital that will enhance the Company’s ability to pursue its strategic growth initiatives, while also providing an opportunity to unlock additional long-term value for CST stockholders from potential upside in the Company’s ownership interest in the real estate venture.”

CST and its Board are focused on enhancing long-term stockholder value. The Company is encouraged by the recent results and believes there is substantially more growth ahead for CST. CST is confident that continued execution of its strategic plan will result in superior financial performance. The Company continues to execute on its strategic plan and has a demonstrated track record of taking decisive actions to enhance stockholder value since its spin-off from Valero Energy Corporation on May 1, 2013. As previously communicated, key components of this strategic plan include:

Maximizing profitability of the existing network by optimizing fuel and merchandising volume and margins. The Company’s recent results show strong momentum. For the first nine months of 2015, compared to the same period in 2014, Adjusted EBITDA (see “non-GAAP Financial Measures” below) increased 13%, total (U.S. and Canada) merchandising sales are up 7%, total merchandising gross profits are up 7%, total fuel volumes are up 2% and fuel margins, net of credit card fees, in the U.S. are up approximately 3 cents per gallon. This strong financial performance is primarily a result of the Company’s execution of its strategic plan, which the Company expects will continue to drive significant growth in the future.

Enhancing the Company’s store portfolio through strategic acquisitions in attractive markets and disposals of select non-core legacy locations. The Company has successfully completed a number of acquisitions over the past two years both through the CST network as well as through CrossAmerica Partners. Consistent with that strategy, in November 2015, the Company announced that it had entered into a definitive agreement to acquire Flash Foods for $425 million, which will add 164 stores, many of them large format stores, and a substantial land bank in fast growing southeast markets. The Company believes Flash Foods creates a platform to expand its customer base and continue to capitalize on their successful merchandise and fresh food offerings. The Company has received notice of early termination of the waiting period under applicable antitrust laws and expects to close the transaction in the first quarter of 2016.

Prudent use of capital including continued return of cash to its stockholders and efficient funding of its growth plan. In the last 12 months, the Company returned approximately $100 million to stockholders, while continuing to efficiently fund its strategic growth plan. This includes approximately $86 million of the $200 million stock repurchase program authorized by the Board in the third quarter of 2014 as well as a consistent quarterly dividend. In addition, the Company has announced and implemented a $50 million CrossAmerica unit purchase plan.

CST Brands, Inc., a Fortune 500 Company, is one of the largest independent retailers of motor fuels and convenience merchandise in North America. 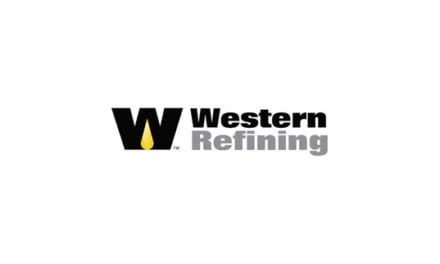