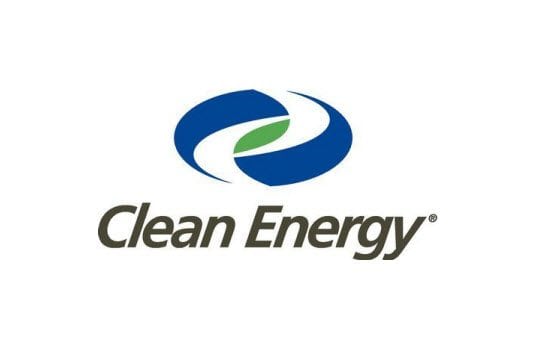 Clean Energy Fuels Corp. announced an increased demand for renewable natural gas (RNG) from the refuse sector, particularly in California, where refuse trucks are fueled by the very solid waste they haul.

The City of Fresno signed a two-year agreement with Clean Energy for renewable liquified natural gas (RLNG) to power approximately 140 refuse trucks with its Redeem™ brand RNG for an anticipated annual total of 1.6 million LNG gallons, the equivalent of just over one million GGEs.

Redeem is the first commercially available RNG vehicle fuel. It is derived from capturing biogenic methane that is naturally sourced by the decomposition of dairy and landfill waste. Redeem enables at least 70 percent reduction in carbon emissions when displacing diesel or gasoline, according to California Air Resources Board (CARB) estimates.

The City of Long Beach has entered into a new two-year contract to fuel 77 vehicles with an expected 225,000 GGEs of Redeem, including its 35 LNG refuse trucks.

NASA Services in Montebello has opted to power its growing CNG refuse fleet of 50 vehicles with an approximate 400,000 GGEs of Redeem, while neighboring Arrow Services in La Puente will fuel 30 trucks with an anticipated 250,000 GGEs.

Burrtec in Riverside County has inked a deal to fuel its transfer truck fleet with an anticipated 350,000 GGEs of Redeem from a public access station that Clean Energy operates in Riverside.

Outside of California, the City of Spokane, Wash. has renewed a second option for operations and maintenance, along with an expected 250,000 GGEs of Redeem annually to power 40 waste trucks.

Groot Recycling and Waste, a Waste Connections Company in the greater Chicago area, has signed an agreement for approximately 890,000 GGEs of CNG to power 86 trucks.

Clean Energy continues to support Waste Pro USA’s $100 million commitment to transition its refuse fleet from diesel fuel to clean-burning CNG with the growth of its Pompano Beach, Fla. fueling station. The station expansion will allow Waste Pro to increase its natural gas usage by an anticipated 220,000 GGEs of CNG to accommodate an additional 22 waste vehicles. Clean Energy operates and maintains several of Waste Pro’s CNG stations throughout FL and the Southeast.

“We’re excited to once again expand our CNG footprint throughout South Florida and continue to be a leader in Sustainability,” said Russell Mackie, regional vice president, Waste Pro USA. “We’re invested in the communities we serve, and this will help to substantially reduce emissions.”

In Fort Pierce, Fla. Waste Pro has extended its repair and maintenance contract for two years, renewing its fuel commitment for an estimated 575,000 GGEs of CNG.

Long-time Clean Energy partner DeKalb County in Stone Mountain, Ga. has expanded its CNG consumption by an expected 350,000 GGE increase in 2019 to power more than 45 new refuse trucks. With its total number of natural gas vehicles now over 200, the DeKalb County Fleet Management Department was ranked #1 by “The 100 Best Fleets in the Americas™” out of 38,000 public fleets in North America. Clean Energy operates and maintains both public access stations for the County and has provided fueling services for over eight years.

Serving urban regions outside of Metro Vancouver with a fleet of over 1,000 transit vehicles, BC Transit will be introducing 60 CNG buses at its new Abbotsford, BC transit yard when it is completed in early 2020. This will increase the agency’s annual volume by an anticipated 500,000 GGEs. The municipal fleet operates in 130 communities and serves 51 million riders each year. Clean Energy built and now maintains BC Transit’s three existing CNG stations.

The Port of Seattle has entered into a new contract that includes an estimated 400,000 GGEs of CNG annually to fuel 45 airport shuttle buses, along with repair and maintenance services.

Sun Metro in El Paso, Texas is expected to add 40 CNG buses in 2019 as it continues to grow its Brio Bus Rapid Transit System. These buses will be launched on the Alameda and Dyer corridors and will enable residents to take advantage of this high-quality transit service that offers similar benefits to light rail transit, such as improved speed and reliability, but at a much lower implementation cost.

“From waste to transit, fleets are making significant investments in RNG because it offers price stability, lowers maintenance costs, and can reduce carbon emissions 70 percent or more,” said Chad Lindholm, vice president, Clean Energy. “With more cities banning diesel and switching to clean alternatives, natural gas is a readily-available solution that can be adopted immediately at a considerable savings.”

Clean Energy Fuels Corp. is the leading provider of natural gas fuel and renewable natural gas (RNG) fuel for transportation in the United States and Canada, with a network of approximately 530 stations across North America that we own or operate. We build and operate compressed natural gas (CNG) and liquefied natural gas stations (LNG) stations and deliver more CNG, LNG and RNG vehicle fuel than any other company in the United States. Clean Energy sells Redeem™ RNG fuel and believes it is the cleanest transportation fuel commercially available, reducing greenhouse gas emissions by at least 70%. Clean Energy owns natural gas liquification facilities in California and Texas which produces LNG for the transportation and other markets. For more information, visit www.CleanEnergyFuels.com. 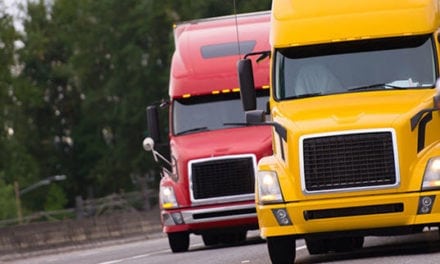