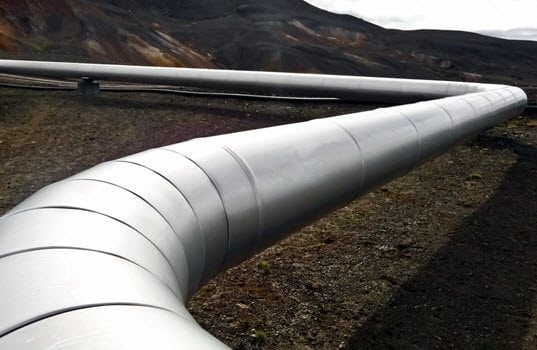 On Nov. 18, a bill to authorize construction of the Keystone XL oil pipeline was defeated by one vote in the Senate (59-41), after similar legislation passed in the House. It was uniformly supported by Republicans and managed to gain 13 votes among Senate Democrats.

The result is disappointing, but not surprising. And, of course, useless as an environmental victory by any reasoned analysis:

1. For even the most hardcore climate change alarmists, Canada’s oil sands are going to be utilized regardless of whether the pipeline eventually goes south or west.

2. While the economic benefits trend more general than U.S.-specific, there will still be jobs gained in constructing the pipeline, maintaining it and in the refinery sector.

3. If not the U.S. processing the oil (diluted bitumen, actually) then China, a country that has shown little interest (far less than the United States) in processing or using fossil fuels in an environmentally friendly manner.

4. Pipelines are largely an environmentally safe and proven technology.

American Petroleum Institute President and CEO Jack Gerard said in a released statement that the Senate’s failure to pass legislation to build the Keystone XL pipeline shows a few stood in the way of the largest bi-partisan jobs and energy security bill ignoring the will of the American people on Election Day.

“A handful of Senators blocked a long overdue decision on KXL defying the will of the American people,” said Gerard. “Instead of seizing a rare bipartisan opportunity to help American workers and strengthen our energy security, a few Senators returned to politics as usual. This is not what the electorate voted for two weeks ago and it doesn’t bode well for future bipartisanship.
“Keystone XL is not going away, the president will have to deal with it, if not now then next year. We will work with the new Congress to focus on getting this important jobs project approved. We will not give up until the pipeline is built.”

For some opposing the pipeline environmentalism is not just a good thing, but a quasi-religious belief tied into a strong sense of personal identity. These true environmental believers can certainly be consider part of the Democratic base, and they are far from happy with any “all of the above” energy policy even if it is highly generous to alternative fuels and energy sources.

The Sierra Club was, as would be expected, pleased with the vote (and apparently not so pleased that we have a legislative branch and the separation of powers in the United States). “We applaud the Senators who stood up for the health of our families and our climate by fighting back against this big polluter-funded sideshow,” said Sierra Club Executive Director Michael Brune, in a release. “There’s no good reason the Senate should have wasted all this time on yet another meaningless push for Keystone XL. Since day one, the decision on the pipeline has belonged to President Obama, and he has repeatedly said he will reject this pipeline if it contributes to the climate crisis. As there is no doubt that it does, we remain confident that is precisely what he’ll do.”

Unions Not so Happy

Yet the lame-duck Senate falling in line to support the goals of a segment of its base, perhaps out of defiance (or spite?) following the disastrous 2014 midterms, is not an entirely easy explanation. This was a slap in the face to another Democratic constituency—the unions.

Terry O’Sullivan, General President of LIUNA– the Laborers’ International Union of North America – made the following statement on the U.S. Senate vote regarding the Keystone XL Pipeline:

Today’s failure of the U.S. Senate to authorize the Keystone XL Pipeline is a vote against all construction workers, a vote to keep good, middle-class jobs locked out of reach and a vote to continue to rely on nations that hate America for our energy.
As the White House politicized the construction of the pipeline, 41 Senate Democrats cowardly stepped in line, throwing one of their own colleagues, Sen. Mary Landrieu, along with hard working blue-collar construction workers under the bus.
That Democrats would block the pipeline’s approval in spite of the fact that repeated environmental impact statements have all concluded that the Keystone XL will have no appreciable impact on greenhouse gas emissions, leaves us disillusioned, disgusted and exasperated with the current majority party and it leaves no doubt as to why they will soon be the minority party. Continued pandering to environmental extremists, who want to hamper the American economy and destroy jobs is a recipe for continued election losses.
The majority of Democrats in the Senate and the White House just don’t get it, even though the recent election results surely should have sunk in by now. They have lost their way, their purpose and their base.

Show Me the Money

Of course, “when in doubt follow the money” must also be considered. The clean energy industry is no small potatoes, even if you don’t include the major oil companies that busily expanded their natural gas portfolios to play the role of “energy companies” at the expense of the coal industry.

The 13th annual edition the Clean Energy Trends, published by the research and advisory firm Clean Edge, projected the global clean energy industry at $247.6 billion in 2013 and $397.8 by 2023.

And while unions donate heavily to (mainly Democratic) political campaigns, the clean energy industry is just as free with its campaign dollars as any other. There’s nothing wrong with that under our current system of government, but at the same time there is no reason to ignore that fact either.

On a smaller scale, failed solar panel manufacturer Solyndra’s main backer, George Kaiser, apparently raised between $50,0000 and $100,000 as a bundler for President Obama’s 2008 campaign. Subsequently (a coincidence, no doubt), the company received a government loan guarantee for $535 million in spite of entirely valid concerns raised by the Treasury Department. The company had apparently spent nearly $1.8 million on lobbying previously, according to Business Insider.

And then there are the individual billionaires philanthropists like former hedge fund manager Tom Steyer and his NextGen Climate Action Committee. As the Huffington Post outlined in an article in September during the midterm campaign: NextGen is backing up its sometimes zany stunts with a whole lot of cash, setting its efforts apart from the environmental campaigns of yesteryear. As of its last filing with the Federal Election Commission, the group had spent $30.5 million in the 2014 electoral cycle, according to the Center for Responsive Politics. Of that, $11.5 million has gone to independent expenditures, almost all of that for attacks on Republican candidates. (NextGen Climate Action has an affiliated 501(c)(4) nonprofit, but the group says all its 2014 electoral work has been done through the super PAC.)

To the true environmental believers, shutting down the Keystone XL pipeline is seen as an ethical or even a moral issue. It might hurt the U.S. economy to the benefit of China—with no net environmental improvement (perhaps even the opposite)—but it’s “the right thing to do.” And for those whose environmental interest is more the green of government subsidies and regulatory support, stopping the Keystone XL just goes along with the overall program.

As noted, a variety of groups were less pleased with this vote. There are certainly financial incentives for the oil industry and construction unions to support of the pipeline. And there are people that would want the economic benefits of the pipeline for nationalistic reasons even if there was notable environmental risk. In this case, the evidence supports that what’s best for our economy, the unions and even, ultimately, the environment also supports building the Keystone XL pipeline. 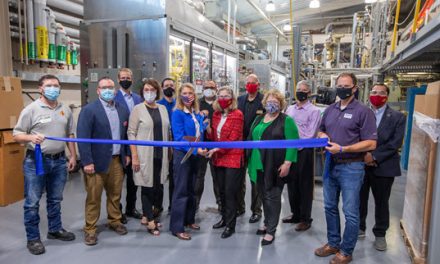