“The trucking industry is seven million strong, and our goal is to have everyone in our industry trained on how to recognize human trafficking and how to take action to rescue victims and save lives by making the call and reporting the crime,” said ATA Executive Vice President of Industry Affairs Elisabeth Barna told the House Homeland Security Committee during a roundtable on the issue. “Our industry has made nearly 2,000 calls to the national human trafficking hotline, resulting in more than 600 likely human trafficking cases identified involving more than 1,300 trafficking victims. More than 375 of those rescued victims were minors.”

Barna, a board member of Truckers Against Trafficking, spoke openly about trucking’s efforts to bring awareness to human trafficking and educate the industry’s workforce about signs of trafficking at a roundtable hosted by the U.S. House of Representatives Homeland Security Committee, chaired by Rep. Michael McCaul (R-Texas). The roundtable discussion helped educate committee members on the important role that industry stakeholders play in spreading awareness about human trafficking, preventing trafficking, and informing law enforcement of possible trafficking activity when it is witnessed.

“Truck drivers are family men and women and a lot of them have kids who could be targeted for trafficking, so they’re able to talk to their peers and ask them to continue spreading the message about human trafficking awareness,” said Barna. “We are starting to be able to get more signs and videos about trafficking into the driver lounge areas or at diesel fuel stations. Our member companies are getting more engaged every day, and many of the larger trucking companies are training their entire workforces on human trafficking awareness.”

Truckers Against Trafficking-trained truck driver, John McKown, of UPS Freight and America’s Road Team, recently presented on his experiences as a TAT-trained advocate during TED@UPS, a TED Talk series featuring UPS leaders. In his TED Talk, McKown advocates for colleagues in the industry not to turn a blind eye away from trafficking and shares some ways drivers can get started as allies on America’s highways.

America’s Road Team, sponsored by Volvo Trucks, is a national public outreach program led by a small group of professional truck drivers who share superior driving skills, remarkable safety records and a strong desire to spread the word about safety on the highway. Follow America’s Road Team on Facebook or Twitter. 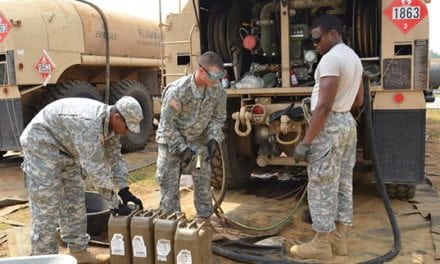